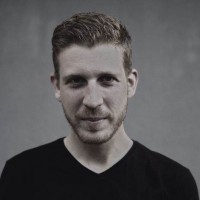 Born in Madrid in 1988. The story of his artistic career starts at the age of 16 coinciding with his first visit to Ibiza (Spain) where he discovers a new concept of electronic music and the Underground sound. That was the starting point of his evolution as a DJ. At the age of 18 he starts working as resident DJ in some clubs and After Hours venues in Madrid, such as The End or Gola, following a Tech-House Style, tinged with strong Minimal features, achieving a very unique and different club sound.
Back in the isle of Ibiza he does his first private parties and meets different artists and musical producers, which awakes in him a great interest in composition and creation around electronic music.
Thanks to his first projects and also to their musical similarity, he met Alejandro Dengra boosting their desire to show the world the music they could make together, including these rhythms in their elegant and selective sets
After that he started to DJ in more important places such us Fabrik (Madrid), sharing the DJ booth with one of his great friends, George Mullen
With time he began to dream of starting his own Record company, counting on the collaboration of different artists whom he had met in the past. As one of the founders of Noisy Nose Records , he is currently contributing with new ideas and projects and is finally doing what he longed for for many years.